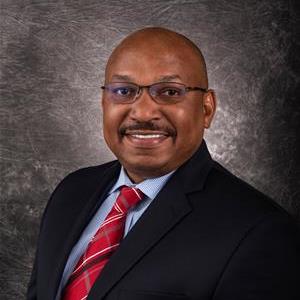 After passing the CPA exam in May 1989, I started my career as an auditor in the Houston office of what is now known as KPMG. I had spent four summers interning with the firm, with the first two spent supporting administrative functions such as the firm library, file room, print shop, and report proofing departments and the last two as an audit intern. During my time with the firm, I quickly noticed that in addition to displaying their college degrees and CPA licenses, most of the managers and partners prominently exhibited their certificate of membership in two organizations – the American Institute of Certified Public Accountants and the Texas Society of Certified Public Accountants (TXCPA). It was clear to me that membership in these organizations would provide further proof that I had “arrived” as a CPA.

Although it would be nearly two years before I completed the state-mandated work experience hours to get my license, I officially joined TXCPA in June 1990. As I was living in Houston at the time, I automatically became a member of the Houston chapter. It was a proud moment, but as a young auditor, I had yet to earn a manager-level office wall for which to display my newfound credentials.

I left the firm soon after getting licensed to start a practice in Austin that my wife and I operated for about 5 years. As KPMG reimbursed the cost of my dues during my employment there, my membership lapsed after I left the firm. My family and I moved back to Houston in 1995, and I returned to full-time employment elsewhere. I rejoined TXCPA in 1996 as my employers from that time through 2011 reimbursed the cost of my membership to this organization that I valued. When I fully launched my practice in Houston in 2012, the value that I placed on my TXCPA membership would again be tested. As my budget permitted, in 2012, I decided to renew under the self-imposed condition that I would get more involved in the Houston chapter. Although I have since learned that my initial lack of involvement is not uncommon, I was not satisfied that I had not participated in many activities of TXCPA or the Houston chapter since I first joined in 1990. I valued membership enough to ask my employers to pay for it for 20 plus years but was not sure about spending my own money. I needed to see if it was truly worth it.

My first step was to visit the TXCPA Houston website in August 2012 to see which committees I might be interested in. The two committees that I found most appealing at the time were the Community Services Committee (then chaired by the current president, Ramsey Womack) and the Diversity Committee. Surprisingly for me, I was asked to chair the Diversity committee the following year (2013), and in subsequent years I was nominated to join the TXCPA Board of Directors (2014) and the TXCPA Houston Board (2015). In addition to the first two committees that I joined, I have served locally on the Relations with Taxing Authorities, Investments, Membership Development, PAC Steering, Personnel, Public Affairs, Strategic Planning, and Tax Expo committees. At the state level, I have served on the Practice Issues, Relations with IRS, and Diversity and Inclusion committees. In June 2020, I will take on the role of Board President of TXCPA Houston.

I have met many new friends since taking that first fateful step of becoming an active member 8 years ago. As a small firm owner, I have clearly benefited from developing peer connections that I promote to my clients. It is assuring to know that if I do not have a solution, I can reach out to one of several thousand colleagues that I am connected to locally and across the state through TXCPA. I regret not engaging as an active member sooner. Particularly when I worked for KPMG, as it would have afforded me the opportunity to connect with peers that were outside the firm. Perhaps that would have extended my stay by offering a broader base of professional activities and interactions. There are certainly other accounting-related professional associations that I have been a part of over the years for which my connections are broadened and expanded. However, there is only one professional association of CPAs in Texas that was formed nearly 100 years ago at the Houston Club with the express purpose to “promote fellowship among accountants in Houston and advancement of the profession through friendly cooperation.”  TXCPA Houston is the largest chapter in the state of Texas and in the country serving 7,400 members in our 13-county area. The chapter is larger than 42 state societies and is served by a 7-person staff, 25-person Board of Directors, and over 20 different committees.

When I reflect on my 30-year journey with TXCPA, I am humbled and honored for the opportunity to lead such a historic organization into the future.  To answer the leading question of “Why TXCPA Houston,” I simply answer, “Why not TXCPA Houston?”