Most businesses and people today have a web presence. Our ability to use, program, and appear in algorithms are essential to joining the marketplace. Since algorithms are used and created by humans, they reflect our implicit biases. Because of this, people are subjected to the effects of -isms both offline and on. How does algorithmic bias affect your business, and what can be done about it?

What Is Algorithmic Bias?

Kate Crawford, NYU professor and co-founder of the AI Now Research Institute, is a leading expert in algorithmic bias. Crawford suggests teams invest in fairness forensics to mitigate bias. The first forensic step is simple: test your algorithms with a wide set of people and solid benchmark data to spot problems before they occur. However, some benchmarks are themselves imperfect: common opensource face databases have historically skewed white and male. As a result, teams may also want to screen the training and testing data itself for potential bias. Google’s Facets software, for example, helps teams probe datasets for unexpected gaps or skews.

If these tests find biases, the simplest debiasing strategy is to improve the training data. A machine-learning algorithm trained on patchy data will always struggle, but simply throwing more data points at the problem often won’t work. If 500,000 points of training data contain implicit bias, 5,000,000 data points probably will too; more active intervention may be needed.

How to Address Algorithmic Bias

Startup Gfycat found its facial recognition software frequently misidentified Asian people. The team resorted to what amounts to an ‘Asian mode’, extra code invoked if the system believed the subject had Asian facial features. While improved accuracy probably justifies Gfycat’s hack, this sort of solution—the algorithm warning itself it’s about to be racist—isn’t exactly scalable. It’s exhausting and inefficient to play whack-a-mole with each new discrimination you discover, and cramming people into categories (‘Is this person Asian? Is this person female?’) to spark code branching also feels somewhat distasteful. Society sees classifiers like race and gender as spectrums rather than distinct buckets; our algorithms should as well.

An even more forceful way to de-bias algorithms is to explicitly overrule them, gouging biased data or offensive associations from the system. Google Photos fixed their notorious ‘gorilla’ blunder—when the software classified a group of black friends as such—by overruling the algorithm: the team simply tore the word off the list of possible categories. In this case, the price of diminished classification power was clearly worth paying. Google has also added stop lists to their search-bar, after researchers found that some terms generated appalling and racist autocomplete suggestions. Potentially problematic search stems now get no suggestions at all.

This sort of direct interference shouldn’t be performed lightly. It solves only the one visible case, and the idea of forcing an algorithm to toe the desired line will spark accusations that technologists are imposing their personal politics on the world. Vetoes are best saved for situations where the output is so clearly harmful that it demands an immediate fix.

Is Algorithmic Bias Ever Permissible?

Since bias can never be fully eliminated, at some point we face another tough decision: Is the algorithm fair enough to be used? Is it ethically permissible to knowingly release a biased algorithm? The answer will depend in part on your preferred ethical framework. A human decision will sometimes be preferable to a skewed algorithm: the more serious the implications of bias, the stronger the case for human involvement.

But we shouldn’t assume humans will always be more just. Like algorithms, humans are products of their cultures and environments, and can be alarmingly biased. Parole boards, for instance, are more likely to free convicts if the judges have just eaten. After doing everything possible to ensure fairness, we might deem a lingering bias small enough to tolerate. In these situations we might release the technology with caveats or interface controls to help users handle the bias, such as adding pronoun controls (‘him/her/they’) to translation software, allowing the user to override bias when translating from genderless languages.

While Crawford extols these forensic approaches, she also points out their shared weakness: they’re only technical solutions. To truly address implicit bias, we must consider it a human problem as well as a technical one. This means bringing bias into plain sight. Some academics choose to explicitly list their potential biases—a process known as bracketing—before starting a piece of research and take note whenever they sense bias could be influencing their work. By exposing these biases—whether they stem from personal experience, previous findings, or pet theories—the researchers hope to approach their work with clearer minds and avoid drawing faulty conclusions. In tech, we could appropriate this idea by listing the ways in which our algorithms and data could demonstrate bias, then reviewing the algorithm’s performance against this checklist.

What Can I Do Differently?

We are unable to erase implicit biases from our minds, therefore, we cannot erase them from the systems that we create. It is through investigation, adaptation, and conversation with your customer base that you can identify where biases live in the infrastructure of your business. By looking into how algorithmic bias plays out in your business, you can broaden your audience so that more people can benefit from what you have to offer.


This is article is published in the October/November 2021 Forum. Read the full magazine here! 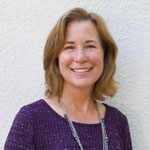 Carrie Jones is the COO of ProThink Learning, an online continuing education division of Greenleaf Book Group. She has more than thirty years of publishing experience in both educational and trade. Carrie holds a BA in English from the University of Texas and has been a certified PMP since 2010. ProThink Learning is a registered sponsor of the National Registry of CPE Sponsors (ID#147376). This subject is explored in detail in ProThink Learning's course, The Impact of Ethics on Innovation and Technology.