Last Week in the Legislature

Hundreds of TXCPA members visited with Texas legislators via Zoom this week. 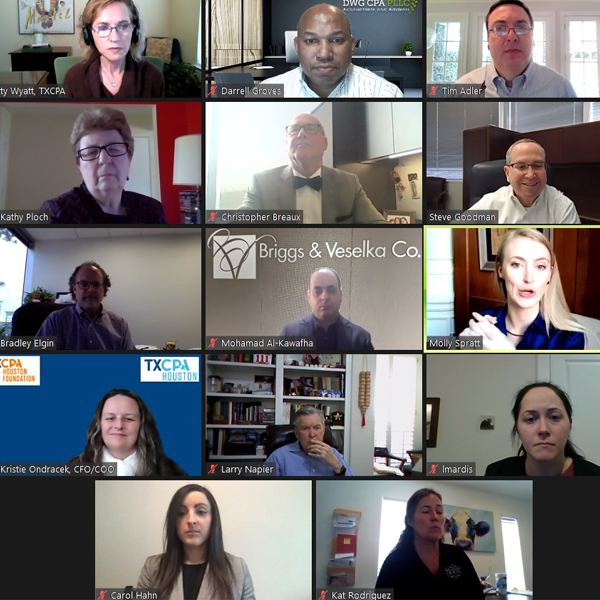 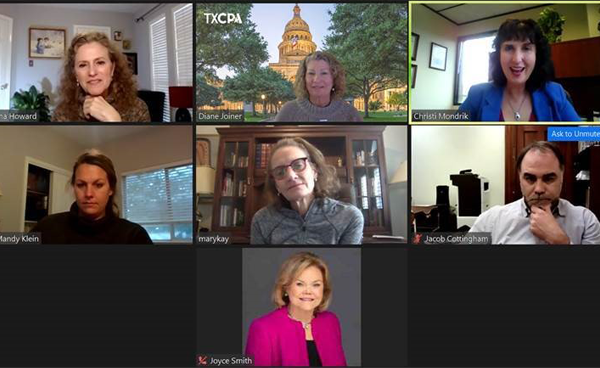 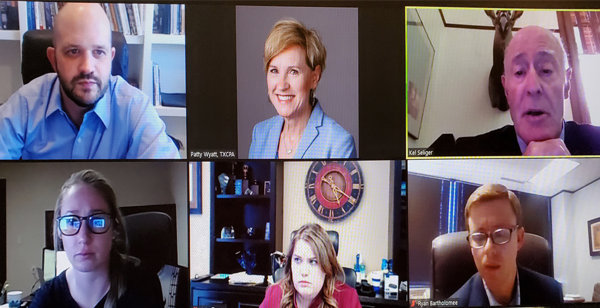 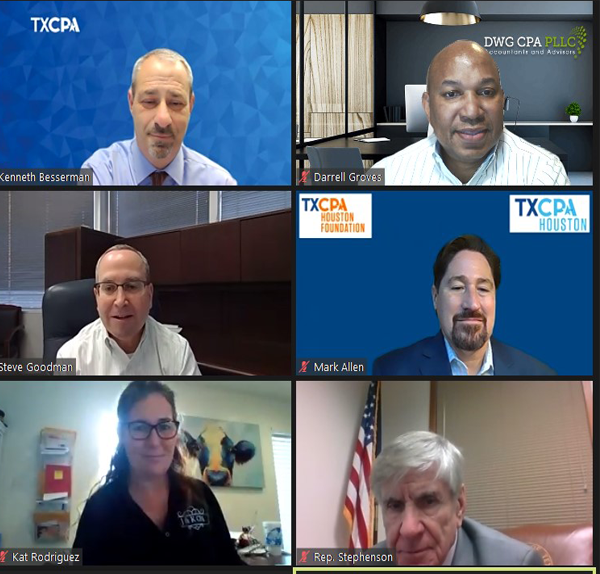 By Kenneth Besserman
Director of Government Affairs and Special Counsel

Week 2 of the 87th legislative session began and ended promptly. Both the Texas Senate and the Texas House were in session for a couple of days taking care of administrative matters. On Wednesday, January 28, both the Senate and the House adjourned until February 9. While multi-day adjournments are common at the beginning of all sessions, this extended adjournment is a little bit longer than usual. As we all know, COVID-19 has clouded all legislative operations at the moment, so both houses determined that an extended adjournment would benefit members and the bodies.

In the Texas House, Speaker Phelan asked that members submit their committee assignment requests by January 27. The speaker and his staff will now spend some time assigning members to committees and naming chairs of committees. There is no definitive date when these assignments will be announced, but word from legislative staff, Capitol lobbyists and other insiders seems to point toward the first or second week of February as the date of committee assignments. After committees are assigned, the House can begin referring bills to committee and committees can begin hearing bills. While no floor action, except emergency measures, can be debated on the House or Senate floor in the first 60 days of session, committees can still hear testimony.

In the Texas Senate, the Redistricting Committee is holding public hearings on new state and Congressional maps. It has been reported that initial Census data may be delivered to the states in late April. However, final Census data may not arrive at the state level until mid-June or July, making it impossible for the House or Senate to pass maps during the regular session. In all likelihood, the governor will call members back for a special session in the summer to draw legislative maps. Don’t make your vacation plans just yet!

Governor Abbott will be giving his State of the State address at 7 p.m. on February 1. At that time, he may also lay out some emergency items that he would like the legislature to address. Business liability legislation, telemedicine, police department funding, homelessness and local government reforms are all issues that the governor has been talking about recently. While items may be considered emergencies by the governor, the legislature will have its own opinion about what needs to pass and in what form.

At TXCPA, we held our 2021 Virtual Advocacy Day on Tuesday, January 26. We heard from Ross Ramsey (Texas Tribune), Joe Crosby (Multistate) and the TXCPA contract lobbyists on issues ranging from the state budget, taxes, accounting issues, session operations and other matters. Thank you all for a successful session.

Following our speakers’ program, TXCPA hosted over 55 meetings with Texas legislators. We had very successful visits with our representatives and senators talking about our legislative agenda, the elected officials’ legislative priorities and how session will operate. It was interesting to learn about how different offices were handling visitors, meetings, ZOOMs and committee testimony. We will continue with many more meetings in the coming weeks as we were not able to meet with all 181 legislators this week.