"Fundraising in Texas House races signals a wildly competitive contest for control of the chamber" was first published by The Texas Tribune, a nonprofit, nonpartisan media organization that informs Texans — and engages with them — about public policy, politics, government and statewide issues.

At least 10 Republicans in the Texas House were outraised on their latest campaign finance reports, though most GOP incumbents in battleground seats maintain a cash-on-hand advantage heading into the final month of the nationally watched battle for the House majority.

Taken together, the reports point to a wildly competitive battle for control of the lower chamber, where Democrats are nine seats away from the majority. They are eyeing roughly 22 GOP-held districts they see as flippable, while they also have to defend the 12 seats they picked up in 2018.

Across that 34-seat battlefield, Democrats raised a combined $6.7 million from early July through Sept. 24, while Republicans took in $5.3 million, according to the most recent filings. Republicans held $9.9 million cash on hand across the 34 districts, while Democrats had $6.2 million.

The candidates' direct fundraising is only part of the story, though. Many reported larger-than-usual amounts of in-kind donations, a reflection of the statewide and national groups that are rushing to their aid to help fund things like TV ads, direct mail, canvassing and polling.

Candidates are also being helped by significant outside spending — for example, the national Democratic super PAC Forward Majority is investing $6.2 million this fall in the state.

The latest campaign finance reports were due Monday to the Texas Ethics Commission. Most cover the 86-day period from July 1 through Sept. 24, though some start on July 5 if a candidate had to get through a primary runoff later that month.

In calculating which incumbents were outraised, the Tribune used candidates' total monetary contributions, or their total contributions minus the in-kind contributions.

The Republican members who were outraised included state Reps. Lynn Stucky of Denton, Matt Shaheen of Plano, Craig Goldman of Fort Worth, Sam Harless of Houston, Sarah Davis of Houston, Steve Allison of San Antonio, Morgan Meyer of Dallas, Brad Buckley of Killeen, Jeff Leach of Plano and Angie Chen Button of Richardson. Some of the disparities were close, while others were wide: Of the 10 Republicans, four were outraised by a margin of at least 2 to 1.

Furthermore, in the four open seats that Democrats are trying to flip, all the GOP nominees were outraised. The money race was most stark in House District 138 in Houston, one of Democrats' best pickup opportunities. The Democratic candidate, Akilah Bacy, outraised her GOP opponent, Lacey Hull, by more than 3 to 1, spent more than twice as much as her and had over four times as much in reserves. In another hotly contested open seat, House District 92 in Tarrant County, the GOP nominee, Jeff Cason, concluded the period with just $1,305 cash on hand, or 0.55% of that of his Democratic opponent, Jeff Whitfield.

Across the 12 seats that Democrats are defending, two incumbents were outraised: Reps. Vikki Goodwin of Austin and Rhetta Bowers of Garland. Bowers has been consistently outpaced on fundraising by her GOP challenger, Will Douglas, who more than doubled her haul on the latest filing and cemented a more than 5-to-1 cash-on-hand lead.

Democrats are further taking encouragement from the number of donations their candidates raked in, a sign of grassroots enthusiasm. In Allison's race, for instance, he posted 306 contributions, while his Democratic foe, Celina Montoya, had 14,538 individual donations, according to her campaign's analysis. In several races, Democratic candidates' reports were still not appearing in full Wednesday on the TEC website, apparently due to their size.

Republican incumbents can draw their optimism from their cash-on-hand leads, a relatively expected advantage given that many have been in office for years and have had more time to build up sizable stockpiles.

For example, three of the most endangered Republicans who were outraised — Button, Leach and Meyer — ended the period with much more saved up for the homestretch than their Democratic opponents did. Button still had $954,000 in the bank, more than four times that of her Democratic foe, Brandy Chambers. Leach maintained a more than 2-to-1 cash-on-hand advantage in his race, and Meyer's was almost 2-to-1.

Still, silver linings are limited for some vulnerable Republicans. For example, Shaheen's Democratic rival, Sharon Hirsch, outraised him, outspent him and ended the stretch with a cash-on-hand edge.

The filings also detailed the latest finances for the groups that are most active in the House fight. The Democrats' main political arm in the battle for the majority, the House Democratic Campaign Committee, hauled in $3.6 million — more than double what it raised in the first six months of the year, which itself was a committee record — and had $1.4 million cash on hand.

A number of individual Democratic members are also spearheading groups to flip the House. One Texas, which is associated with San Antonio Rep. Trey Martinez Fischer, entered the final weeks of the battle with $369,000 in the bank.

The Republican side is more nebulous, though three state-based groups dedicated to defending the majority — Leading Texas Forward, the House GOP Caucus political action committee and the Associated Republicans of Texas — raised $1.7 million combined from early July through Sept. 24. There is $3 million in the bank across the three outfits.

Still, Republicans have ample additional sources if it comes to that. Texans for Lawsuit Reform, the powerful tort reform player that mostly backs Republicans, is sitting on $15.5 million in the bank. Gov. Greg Abbott has vowed to be a leading figure in defending the House, and while his campaign only spent modestly helping candidates during the most recent period, it is expected to ratchet up its activity in the final weeks before the election.

The Republican State Leadership Committee, the main national GOP group focused on state legislative races, is also playing big in Texas. An account that it has on file with the state raised $5.3 million over the latest period, including $4.5 million from GOP megadonor Sheldon Adelson and his wife, Miriam. The account reported spending $3.1 million, though roughly half was listed as "expenditures not related to Texas." The account had $5.7 million cash on hand.

There is also a newer group, Pro-Life America, that is backed by seven figures and already spending against Democrats in battleground races. The group is a state affiliate of the Susan B. Anthony List, the national anti-abortion organization, and so far it has been exclusively bankrolled by Jan Duncan, the wife of late Houston oil billionaire Dan Duncan. She contributed $2.2 million to Pro-Life America on its most recent filing, which showed it spent $476,000 and kept $2.2 million in the bank.

Disclosure: Texans for Lawsuit Reform has been a financial supporter of The Texas Tribune, a nonprofit, nonpartisan news organization that is funded in part by donations from members, foundations and corporate sponsors. Financial supporters play no role in the Tribune's journalism. Find a complete list of them here.

This article originally appeared in The Texas Tribune at https://www.texastribune.org/2020/10/07/texas-house-fundraising/.

The Texas Tribune is proud to celebrate 10 years of exceptional journalism for an exceptional state. Explore the next 10 years with us. 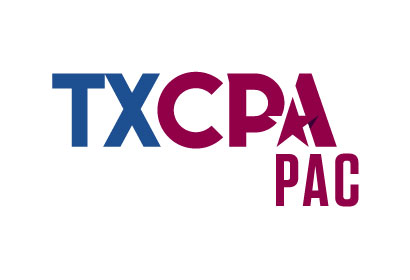 Supporting the CPA-PAC with regular donations is the easiest and most efficient way to participate in critical regulatory and legislative efforts.